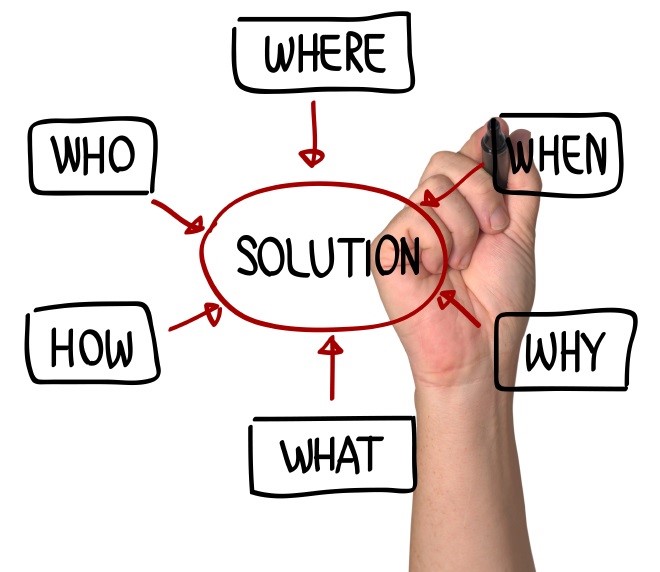 How to Use Facebook Reactions in Your Marketing Efforts

Can you even remember interacting on Facebook before emojis were added to complement the iconic like button? The symbols – love, haha, wow, sad, angry, and most recently, care – sit alongside the big thumb to give users more ways to express their feelings about posts, pictures, and videos.

Officially named Reactions, Facebook originally tested the emojis in Spain and Ireland over a four-month trial period. Apparently, the poor little yay icon proved too confusing for users, so it was scrapped, leaving us with the five we have become so used to. 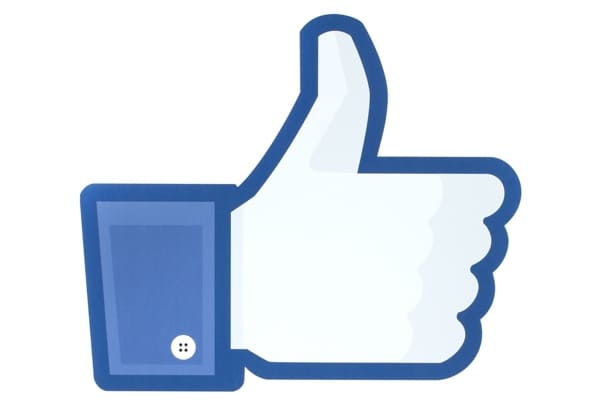 Emojis are everywhere in the modern world. We are constantly using emojis to express ourselves and translate our emotions into a digital format. Reactions are Facebook’s way of helping to facilitate that emotional conversation online. Facebook Reactions is a series of emojis people can use to respond to a post. The options include: Like, Love, Ha-ha, Wow, Angry, and Sad. Reactions are more than just icons; they help differentiate Facebook from other social platforms.

When you sit down and think about the history of Facebook and the like button, it seems unbelievable that they made it for so long with a single expressive emoticon. There was a great post on Bloomberg Business that went inside Facebook’s decision to blow up the like button. It’s as much about the story behind how Reactions came to be as it is the why and how of the change, and it’s a great, in-depth read.

The initial decision, several years ago, to update the set of tools available for Facebook users to quickly and easily engage with posts was borne from the shortfall of having only a like button. There were too many instances where liking a post was inappropriate, while composing a comment was too time-consuming. What did you do when your friend posts a picture of their sick dog on the day they have to take it in to the vet and say goodbye? You might have written a word or two, but more than likely, you would have hit the like button even though what you really mean – and what your friend understands – is “I’m sorry you are going through this today, and I’m thinking about you and your dog.”

How about during catastrophic events such as the deadly explosion in Beirut last October? What do you say to people who live in Beirut, were traveling in Beirut, or worse, lost somebody in Beirut ? If there’s any semblance of positivity, hope, or unity, then maybe an “I support you” like makes sense, but you’re starting to see the problem.

The like button wasn’t just insufficient for negative posts, either. Let’s say your friend wins the Stanley Cup and posts a picture hoisting it over his head; is this an image that makes you think, “Yep, I like that”? He probably knows you mean, “Holy $%^#, this is the best day of life!” but it just doesn’t seem right. Thankfully you can now use the Wow Reaction to express your awe.

It’s incredible, really, but these examples are exactly how we use Facebook. Now, with these options that changed the way we use Facebook, Reactions represent one thing to all of us: progress.

Facebook has added a new Care Reaction as a way for people to share their support with one another during this unprecedented time. You can use it to react to online posts, images, videos, comments, or other content on its main app and in Messenger. The new reaction for “care” — in the form of a pulsating heart or a smiley face emoji hugging a heart — appears alongside the “thumbs up” for like, the basic heart, and the laughing, shock, sadness, and anger emojis. You can see the new heart by creating a new reaction to a chat or by pressing on an existing reaction to change it.

Facebook Insights offers a rather limited approach to analytics for those interested in Reactions. The system examines simple metrics such as how many of each reaction each post receives, as well as the number of clicks, comments, and shares. Social media marketing tools like Sprout Social can offer more in-depth interpretations of Facebook’s engagement data. With deeper insights into your target audience, you can better understand what customers feel when they view certain posts and which emotions facilitate the greatest conversions. The more you know about your impact on your target audience’s emotions, the more effective your marketing strategies become.

What Do Reactions Mean For Marketers? 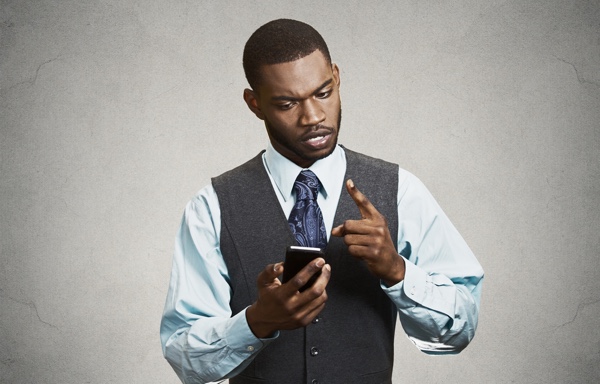 Just as the “like” button features into Facebook’s algorithm, reactions are also vital to social media campaigns. Facebook measures all reactions equally when evaluating posts. What this means for marketers is that Reactions are just another way to engage with customers. These icons are a hub of useful information. Reactions are much more descriptive than a simple “like” and allow marketers to see how customers “feel” about their posts. Facebook gives companies access to a clearer picture of what their customers like and what they love. Adverse reactions also help brands to overcome consumer problems and protect their reputation. With Reactions, brands can adapt and refine their messaging to evoke the desired emotions they most want to see.

For example, depending on your age, the people you’re friends with, and the brands you follow, your Facebook timeline will be composed of posts from a few common themes. If you’re around 30, it’ll be lots of wedding pictures, babies, and ads for brands and products you’ve shown an interest in. One day, after you’ve seen one too many wedding portraits (sorry, brides and grooms) or ads for TVs (because you’ve been researching TVs), you might decide to hit the angry icon and shut down and step away from the computer.

You hit the angry icon as a joke, but it would result in confused newlyweds and marketers. Does he not like this TV? Do we have any data on what TV he would like better? Is there something wrong with my dress? Do I have a stain on my tie? Guys, it was just a reaction!

Eventually, the percentage of people who embraced Reactions and used them properly became clear, despite some hijinks upon the initial release.

How to Use Facebook Reactions in your Digital Marketing Campaigns

Facebook Reactions represents a unique engagement metric for companies, as emotions are the key driver behind most purchasing decisions. For digital marketing and social media campaigns, Facebook Reactions can:

1. Show which emotions promote the most conversions

There are countless emotions involved that drive customers, both positive and negative. Anger can be a powerful motivator, particularly in certain industries and non-profit organizations.

People who regularly react with the “love” reaction may be ideal for evangelism and influencer campaigns.

Measuring negative or “angry” reactions allows you to create a list of topics and content to avoid. Facebook Reactions can be a powerful addition to a reputation management strategy.

By adjusting a common engagement metric, the “like” into something more nuanced, Facebook makes it easier for you to analyze how your customers feel about your brand. With Facebook Reactions and the right social media tools, companies can dive deeper into each campaign’s successes and failures.

As Reactions continue to evolve, the real question for marketers will be how to best use the new data streams, and even whether to separate them at all. Are all Reactions just likes that have been sorted? Or should some of the Reactions be worth more than others (like loves vs. likes)? Personally, I think one of the most intriguing opportunities Reactions will present marketers is targeting specific emojis with their posts, and analyzing whether such attempts are successful.

Reactions are an extension of the Like Button to give people quick and easy ways to share their reaction to a post. The Reactions collection includes: Like, Love, Care, Haha, Wow, Angry, and Sad. To ensure consistent and accurate use, never alter, rotate, embellish, or attempt to recreate the Reactions. Never alter the shape and proportion of the Reactions (and surrounding UI) for any reason. Reactions are not emojis or individual icons, and they cannot be used in this way. It is important to show these reactions in the same way as they are intended to be used on Facebook – as a quick and easy way to express how you feel. Use Reactions only as they appear and exactly how they function within the context of Facebook UI. Reactions cannot be used for creative purposes. Only use Reactions as a collection – do not use them as individual icons or as the most prominent feature of your marketing.

Facebook emojis appear for users of the Facebook website, web Messenger, and Messenger for Android. Facebook apps for Android and iOS use native emojis for their respective platforms instead of Facebook’s emoji images. As of March 2019, Facebook also supports the Transgender Pride Flag emoji.

In March 2020, Facebook added a new Care emoji reaction as an additional option in response to COVID-19. It is displayed similarly to a hugging face holding a red love heart. This Care emoji is not available as a standardized Unicode emoji and can only be used in reactions to Facebook posts.

Facebook has an emoticon implementation that uses Facebook-specific codes to show a color emoticon, as well as an extensible sticker collection.

We have become so used to emojis as Reactions that it is hard to remember how we survived without them. As both a user and/or a marketer, what are your experiences with Facebook Reactions? Let us know on Facebook, Twitter, or LinkedIn!

About the Author: Cheryl Baldwin WSI, Director of Marketing & Communications